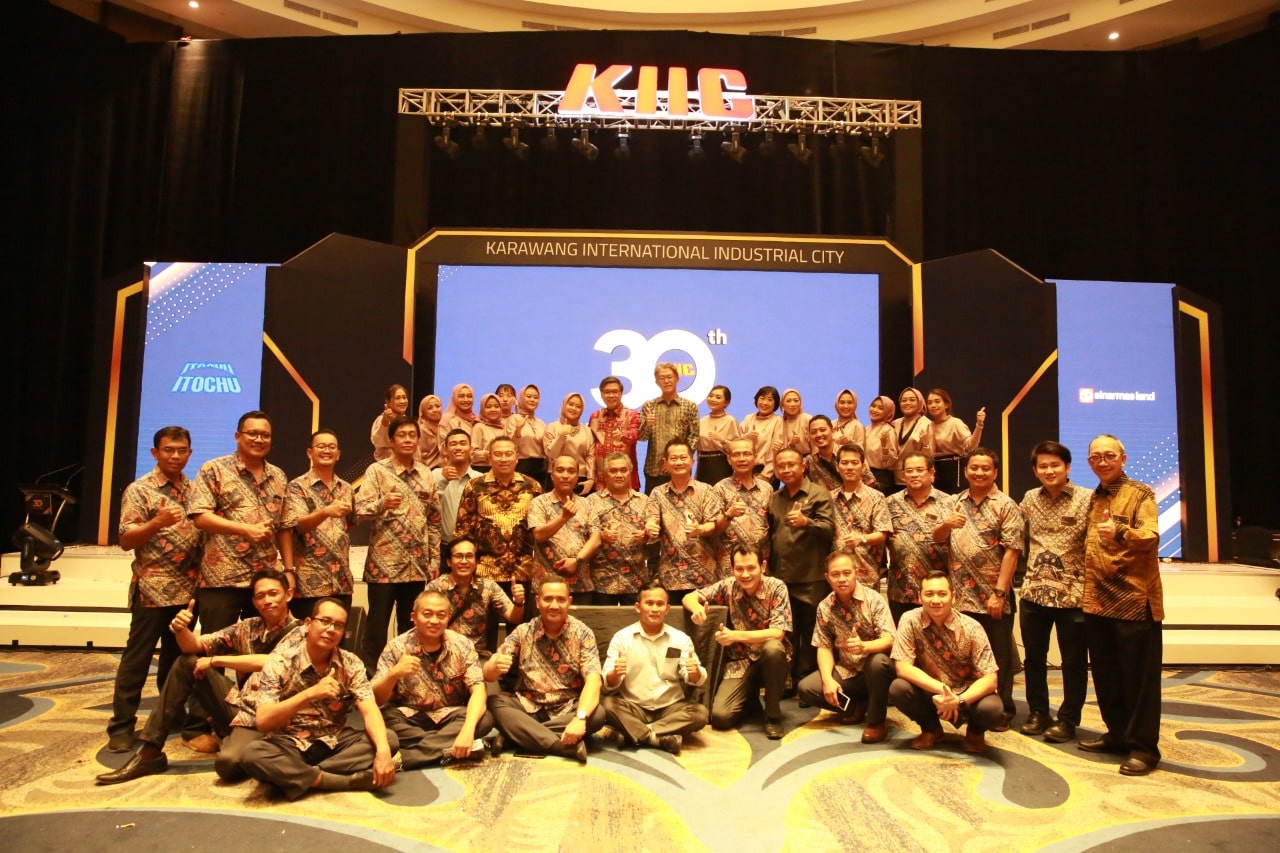 On November 24, 2022, KIIC held an event to celebrate its 30th anniversary at Hotel Resinda Karawang. The event was attended by more than 300 people from around 180 companies, we had so much fun together!

Mr. Makoto Yamaguchi as the President Director of KIIC warmly welcomed the invited guests and stated that KIIC was very pleased to celebrate this birthday together with respectable tenants. On the same occasion, Mr. Hongky as one of the representatives of shareholders and Mr. Sanny Iskandar as the Director of KIIC also expressed his gratitude and promised that KIIC would continue to improve its services.

In this important celebration, KIIC also celebrated the anniversary by presenting a traditional Indonesian element of cutting the tumpeng, which was led by Mr. Yamaguchi. Apart from that, the invited guests were also entertained with traditional dances, live music, and treated to a variety of dinner dishes.

KIIC has been operating since 1992 as a joint venture company between Itochu Corporation and Sinarmas Land, and is an environmentally friendly Green & Modern Industrial Estate. Our main mission is to provide a comfortable working environment for tenants so they can focus on their business activities.

During its 30 years of operation, KIIC continues to improve the quality of its services. Even in 2021, KIIC won the Special INDI 4.0 Award as “Smart Industrial Estate” at the INDI 4.0 Award event organized by the Ministry of Industry (Kemenperin).

In recent years, not only Japanese manufacturing companies have chosen KIIC to help expand their business, but other Non-Japanese companies such as Korea and the United States have also entrusted them to us. By leveraging our 30 years of experience and knowledge, KIIC will try to do its best to meet the various needs of important tenants. Another important point is that we own vast land areas and we welcome you and everyone who are looking for a manufacturing base in Indonesia. Feel free to reach out to us!

Please Fill in below to download out Digital Catalog